Where Did Water Electrolysis Come From? 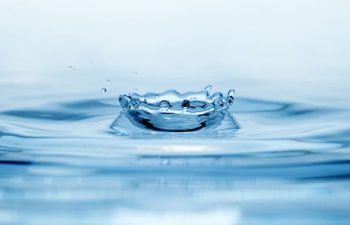 This simple yet influential chemical process has a far-reaching impact on virtually every industry in Kennesaw and beyond.

What Is Water Electrolysis?

Water electrolysis is a process in which an electrical current is applied to salt water. The current causes ions in the water to split and gather at opposite locations. This electrical split breaks water the water down into two new substances: sodium hydroxide and hypochlorous acid. These two agents are powerful cleansers and disinfectants but are also non-toxic to humans.

The process of producing electrolyzed oxidative water was eventually developed in Russia and then the technology became widespread in Japanese hospitals by the early 1980’s.

Within a couple of decades, electrolyzed water was integrated into other industries including agriculture, pharmaceuticals, food production and hospitality.

The Future of Water Electrolysis

Producing electrolyzed water can be expensive and impractical to produce on a small scale. But EAU Technologies is committed to introducing water electrolysis systems to large businesses so that more people can reap the benefits of electrolyzed water.

By incorporating electrolyzed water, or SafeWater, into the their cleaning and food production systems, local businesses maintain a high level of cleanliness with minimal environmental impact. This improves the quality of service they can provide to their customers.

To find out how electrolyzed water could change the future of your business, contact EAU Technologies today.